Virtually any material can be cut 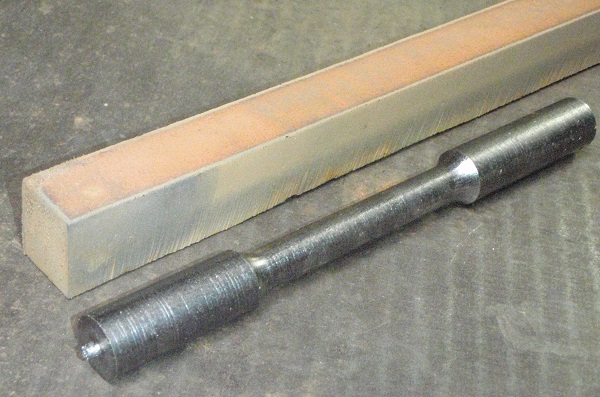 Safire are used a lot by scientific and industrial clients for coupons, samples and specimen preparation for testing purposes. With our range of  facilities and our abilities, we are able to combine methods to offer a complete service.
On this project we were approached by the InfroSence Labs at the Imperial College London about a project they were working on in conjunction with Bristol water.

There was a large bore cast iron pipe which burst open and the fault caused a temporary water shortage around Bristol for quite a while effecting many homes and businesses.
Due to the age of the pipes and the severity of the breaks the Infrosence labs at the Imperial College London were brought in to test the old cast iron pipes that were around 100 years old. 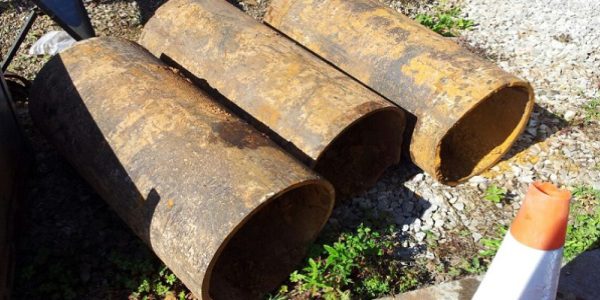 During the repairs to the water system Bristol water removed various sections of pipe for tests as well as some of the broken pieces.
Shown here on the road side are three sections of  14″ diameter pipe that have just been cut out from the main system ready for the next step. 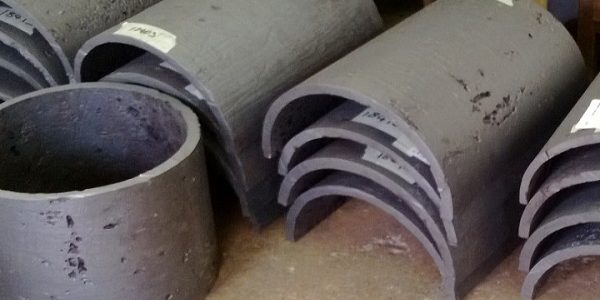 All the sample sections were collected, split into smaller sections and split roughly in half, labeled and grit blasted ready for us to do our work. 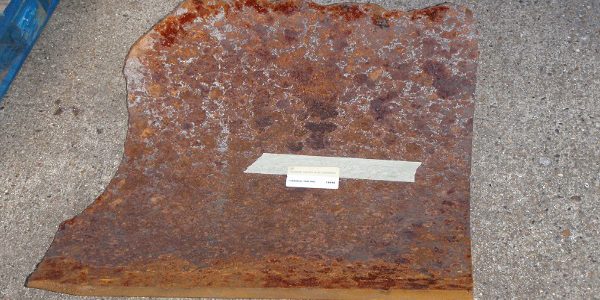 This rusted section is one of the cracked pieces from a 14″ diameter pipe that had burst underground. 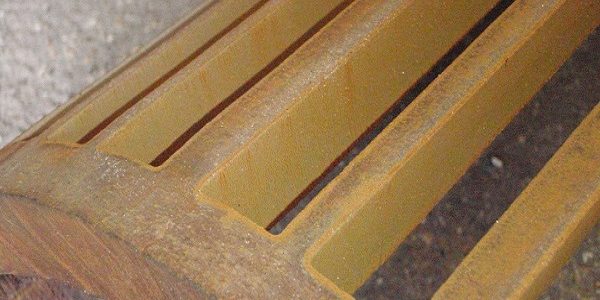 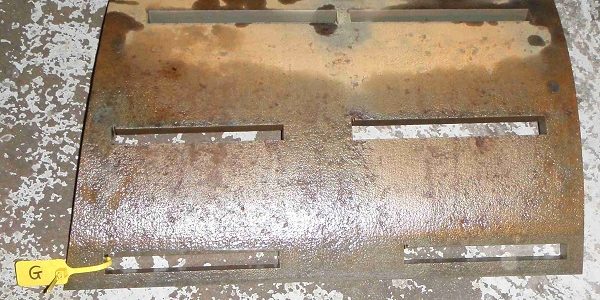 On some pipe sections we took samples from marked locations as the sections marked were of interest either from extreme pitting or localized blemishes.
The pipe sections were on average 500mm long 355mm diameter and the wall was approximately 19mm thick.

We needed to waterjet cut a large number of test coupons from a variety of locations around the cast iron pipe samples and then machine them on a milling machine and turning them on a lathe to make them into tensile and fracture toughness specimen coupons. 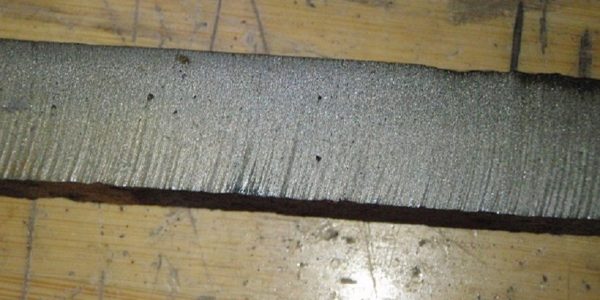 This is a close up of a waterjet cut edge on the sample section, at this stage the quality of the waterjet cutting was irrelevant as they were to be fully machined, so we could turn the speed up on the waterjet to get them cut out.

On this sample you can see some small flaws in the cast iron. 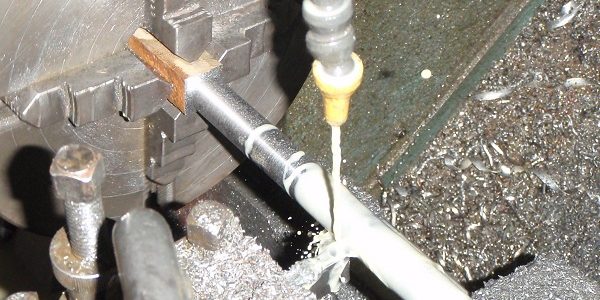 Due to the final shape and varying thicknesses of the waterjet cut cast iron pipe coupon sample section we set the end being turned on the lathe in a independent 4 jaw chuck and turned with a tail stock center.
we programmed the dog bone specimen shape on the cnc lathe. 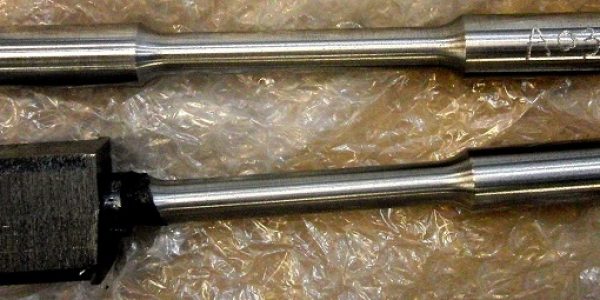 shown here is a finished sample on the top with an engraved code so the pipe and location in the pipe it came from was recorded.

On the bottom is a specimen that was being machined which had a bad flaw in it so it was stopped and rejected from machining but kept for inspection in the lab. 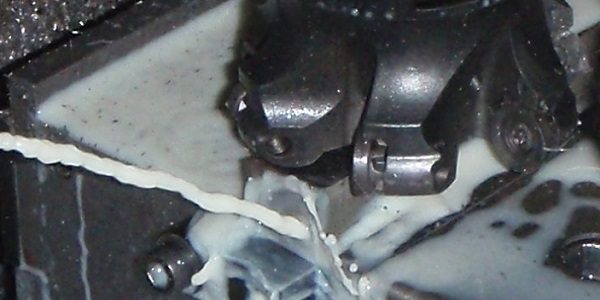 For the square coupon specimens we machined them on the milling machine on all four sides, 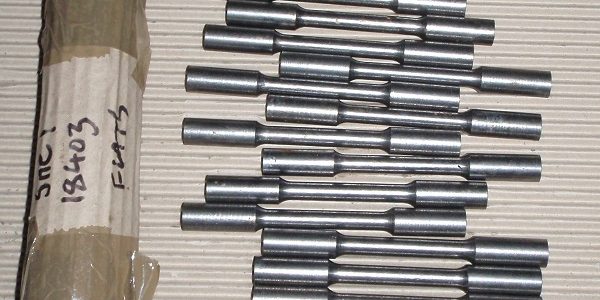 In these two photos are two batches of dumbbell coupon samples taken from two sections of half a pipe.
From each half pipe section we got 20 dumbbell specimens and 9 square coupons.

They were waterjet cut, machined, marked and packed ready for the Lab. 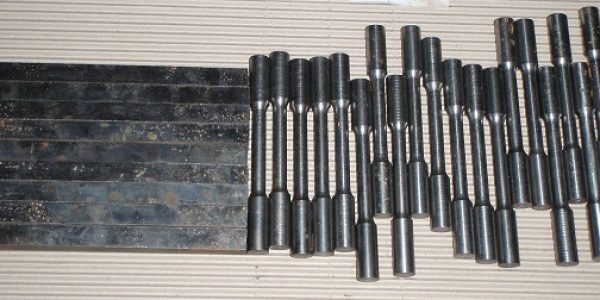